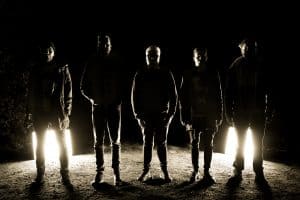 (POSTHARDCORE) Over the last years The Tidal Sleep worked their way up to the top European (Post)Hardcore bands by being constantly on the road and playing tons of shows. The debut LP from 2012 was sold out within a couple of weeks and got excellent reviews, as well as the follow up 4 Song EP.

After the split with their guitar player, the band reinvented themselves with two guitars, bending the sound boundaries even further. In 2014 they released a full length LP called „Vorstellungskraft“, which got high praise all over and sold over 2500 copies. In March 2015 a Split LP with their friends Orbit the Earth followed.

The Tidal Sleep on TCM

This Charming Man Records is an independent record label from Muenster/Germany.

We work with Cargo Records Germany, Sonic Rendevouz (NL/BE), Day After, Cobraside (US), Code 7 (UK), Season Of Mist (FR) and Green Hell Records as our distribution/wholesale partners.
feel free to get in contact for wholesalerates
cheers
TCM